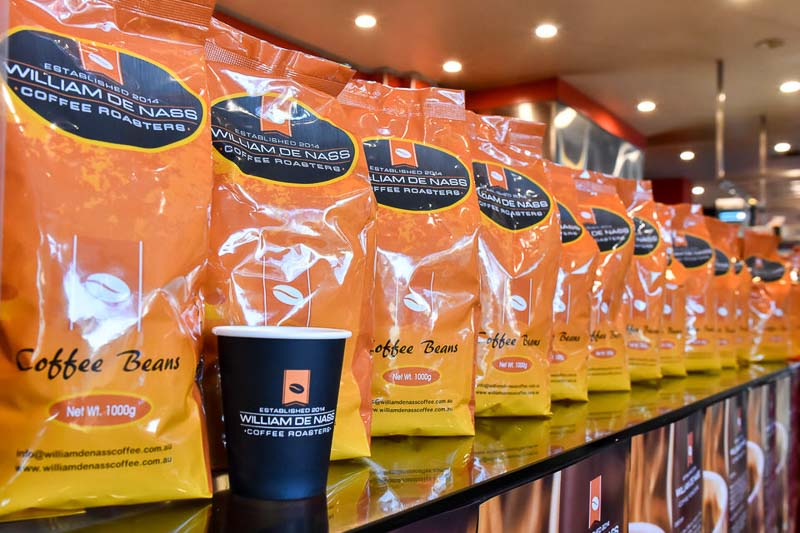 Coffee is one of the most popular beverages on the planet. According to a rough estimate, nearly 400 to 500 billion coffee cups are consumed annually. Suprised? Well, it’s only one of many truly amazing coffee facts.

So sit back and enjoy the following list of crazy coffee facts.

Crazy Fact 1. Coffee was discovered with the help of crazy goats

Like various other discoveries, the magical powers of coffee was discovered with the help of goats. Ethiopian Shepherds noticed strange effects in their goats as they started dancing after their meals. Later, they realized that goats danced whenever they ate coffee berries.

Crazy Fact 2. The history of the word “coffee”?

Coffee was first known as ‘Qahhwat al-bun,’ which means ‘the wine of bean.’ Later, the word was shortened to ‘Qahwa’, after-which the word was converted to ‘Kahve’ by the Turks. In 1582, ‘coffee’ entered into the English language derived from the Dutch word ‘Koffie.’

Crazy Fact 3. Before Coffee, there was… beer!

Who would have thought, that prior to coffee, beer was the most consumed beverage! That’s right – before coffee, people consumed beer with their breakfast. Why – in many places drinking water was so full of harmful bacteria that to ensure there health they turned to beer!

Crazy Fact 4. You don’t need a coffee immediately when you wake up

Or at least you shouldn’t need it. Cortisol is a naturally produced hormone that helps us, among other this, feel alert. When you awake in the morning, cortisol is at its highest levels in our bodies, so in theory we shouldn’t need an additional shot of coffee.

To make a better use of coffee, wait half an hour after you wake. Better still, between 9:30 to 11:30 am cortisol levels start decreasing and that is the time when a perfectly made coffee will have its most noticeable effect on your body.

Have you ever wondered why coffee doesn’t taste how it smells?  You like the cool aroma of coffee but when you take it, its no the same. The reason behind different taste and smell is hidden within your saliva. Saliva wipes out nearly 50% of the flavor and that is why it tastes and smells differently.

Did you wonder why the first webcam was built? Well, it was built back in 1991 and its job was to watch a coffee pot. Seriously! Yes, the researchers at Cambridge University built it because they were sick of leaving the desk again and again to check. True genius is built from necessity! The webcam allowed them to keep an eye on the coffee without walking to the kitchen. See, that’s how much people love coffee!

Good News! Most people think that caffeine is a diuretic, but that’s not the case. There should be no symptoms of dehydration unless caffeine is taken in very large quantities.

In various studies, it has been revealed that there is no significant change in urine output when people take 500 to 600mg caffeine a day. So, there is nothing to worry if you drink coffee in moderation.

Crazy Fact 8. How to get a divorce from your husband?

Here is one of the most interesting coffee facts! Can you believe that coffee was responsible for thousands of divorces in ancient Arab? As per ancient Arab culture, your only chance of getting a divorce from your husband is if he can’t provide your enough coffee as you desire.

Crazy Fact 9. One Gallon Each Day

Apart from all the other coffee facts. Rumour had it that Teddy Roosevelt is and was the greatest coffee drinker who used to drink a gallon of coffee each day. Don’t ever attempt to do the same!

Do you know about the famous French philosopher Voltaire? Well, he seems to be a big fan of coffee as well! He used to drink 50 cups of coffee each day.

Although coffee is available all over the world and millions of people drink it every day, it is the city of New York that has left everyone else behind. When it comes to coffee, they just can’t stop themselves. New York consumes seven times more coffee when compared to other cities in the United States.

Did you know that a woman sued McDonald over spilled hot coffee? Remarkably, she won the case and McDonald paid 2.9 million US dollars as a penalty.

The interesting part of this story is that she sued for only 20 thousand dollars for her medical expense. Isn’t she really lucky? Well, coffee can make you a rich person!

The Italian city of Naples has the perfect coffee tradition known as Caffè Sospeso. When a person has a really good day or achieves something, he will order a Sospeso. Caffe Sospeso is knid of special because He will be served a single cup of coffee while he will pay for two cups.

Wait! There is another side to this story. Later, if a poor person asks for the Sospeso, he/she will get a coffee without paying anything. Did the welfare state start with coffee?

During the 16th century, some of the Catholics called coffee the “Devil’s beverage” and they pressurized Pope Clement VII to ban it.

Pope Clement VII decided to taste the coffee before taking any decision and he found that he really liked it. He replied to the Catholics, “It’s extremely delicious and it will be a sin to leave this drink for unbelievers. Ah! Thanks to Pope Clement VII!

Crazy Fact 14. Would you like to have a bath in coffee?

There are a lot of people who want to have a bath in their favorite drink. Luckily, a spa in Japan has made it possible. They have offered a bath in tea, wine, or coffee. You won’t be amazed to read that it is one of the most expensive spas in Japan but also one of the most popular.

When you drink a cup of coffee, you actually ingest 0.0016-inch crystals of caffeine, which cause the buzz you feel after drinking it. These crystals are so small, yet so energizing.

The most expensive coffee on the planet is Black Ivory form Ivory Coast , which is made the dung of elephant. Yeah, seriously! Each cup of Black Ivory coffee costs around 50 US dollars.

Luwak, aka civet, coffee is created through using the feces of Mongoose after feeding them coffee beans. Each pound of this coffee costs 160 US dollars.

Crazy Fact 17. Coffee Houses Were Banned In England During 1675

King Charles II banned coffee shops back in 1675 because he believed that people who were conspiring against him were meeting at coffee houses. The ban was lifted soon after.

During 1511, coffee was banned by Muslim leaders who thought that it has unusual stimulating effects.

During the 1932 Olympics, Brazil couldn’t even afford to send their athletes to the LA games. So, they loaded their athletes  into a ship carrying coffee and asked them to sell it on the way.

Did you know that Brazil and Columbia collectively produced 40 percent of the world’s coffee?

Who would have thought – the tongue of the head Costa coffee taster has been insured for 10 million US dollars.

Most people like to add milk to their coffee, but this also reduces the effects of caffeine. Our body absorbs caffeine more slowly because of the fat content in the milk. Although caffeine is not always good fo the heart

‘Friends’ is one of the most popular TV shows ever produced. James Michael Tyler who acted as ‘Gunther’ during the show was successfully selected for the show because he used a coffee machine successfully.

During the auditions for the role, many participants were asked to use a coffee machine – they all failed except James Michael Tyler, so he got the role.

In a few parts of Turkey, it is a custom that the bride makes coffee for her groom with extra salt. If the groom drinks coffee without making any complaint, he can keep her bride.

Crazy Fact 24. Coffee Is the Second Most Traded Commodity

In one calendar year, humans consume roughly four hundred to five hundred billion coffee cups. After petroleum, coffee is the second most traded commodity in terms of dollars traded worldwide.

Well I hope you enjoyed all the fun facts about coffee listed above. If you’re looking for a great coffee, contact us here at William De Nass for more information.